Story: Was it love at first sight?

Home » Story: Was it love at first sight?

Micah Bookman is from Miami, FL. He studied at the University of Wisconsin and was a student in the Spring Semester Study Abroad 2009 Undergraduate Program at the Rothberg International School at the Hebrew University of Jerusalem.

There is no doubt though that from the first time we met in Jerusalem, in the winter of 2009, there was a connection. It all started on the steps of the Beit Shmuel youth hostel when Nessa reluctantly let Micah help her with her bags. The next morning, as Nessa was getting ready to leave for the first day of study abroad orientation at the Rothberg International School at Hebrew U, with her friend Patti, they spotted Micah sitting alone eating his breakfast. When they asked if he wanted to share a ride to campus, he took a long look at his food and mumbled, “But I’m not done eating.”

As our relationship developed during our time at Hebrew U, Nessa knew that there was something special going on. Micah, typically, was oblivious. Luckily we were a part of a great group of friends that stayed close, and were able to see each other several times the next year. When Micah went back to Israel to serve in the army, Nessa made a point to see him whenever she was there. Whether hanging out on the beach in Tel Aviv or in a Jerusalem coffee shop, we were always happy to be together and reminisce over old times. 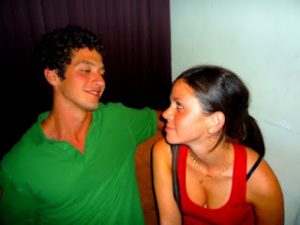 We never could have imagined what was yet to come though. In April 2012, Micah was in New York for the funeral of his grandmother Lillian Bookman and reached out to Nessa. That short time together sparked a deeper connection that had us both wanting more. (Maybe it was the pastrami sandwich for breakfast that Nessa treated Micah to). After months of talking daily, Nessa visited Israel in October 2012 and there was no more denying it, we were in love. (Maybe it was the army uniform Micah was wearing when he picked Nessa up from the airport). 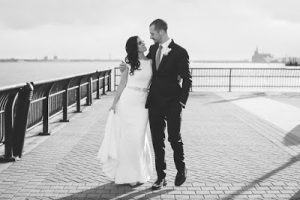