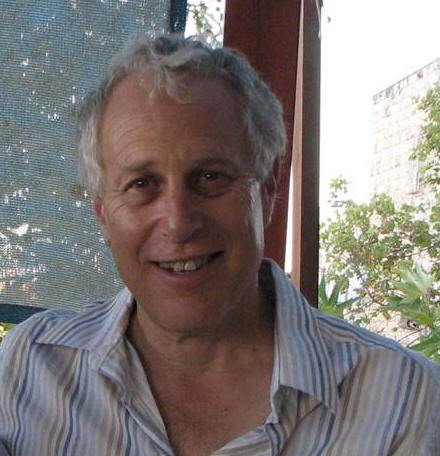 For Yoel Siegel, social work is in the blood. “We have three generations of community workers in my family. My father, my mother, my brother, my sister-in-law, and now my daughter,” he says. “My father was a community center director and my mother was a director of the United Way.”

But Siegel says it’s more than the family tradition that drew him to the field: “I have a lot of fun, and I work with fantastic people … They’re not people who are just complaining about the situation of the world, but people who are trying to actively improve things and make life better for themselves and for others.”

Siegel grew up in the United States but studied at HebrewU during college, and eventually returned to Israel as a community center worker for the American Jewish Joint Distribution Committee. In addition to his field work and teaching throughout the country, he recently partnered with UN-Habitat, and now spends about 10 weeks of each year outside Israel. Past projects have taken Siegel to Thailand, Kenya, Mozambique, Brazil, Ecuador, the Ukraine, and the Solomon Islands.

“Someone might say, ‘They’re going to drop you literally in the middle of the Pacific Ocean to do community work. Are you crazy?’” he says. “But I found a human commonality that transcends cultural barriers, language barriers, color barriers, religious barriers.”

Because students at RIS also come from all over the world, Siegel says the opportunity to teach at the school seemed like a natural fit – and as a former HebrewU student himself, he says, “the idea of having a connection again to this program is something that really grabbed me.”

Siegel says his work around the world informs his teaching at HebrewU. “I continue to have one foot in the field, and I now have another foot in academia … I get to tell stories from what happened to me the morning before, and use that as an example,” he says. “All the materials that I was using for working with people in the field, they’ve become my training materials for my students.”

As part of the curriculum, Siegel guides students through their own real-life experience in community development. “It’s not project management theoretically; they have to come up with an idea and make it happen in eight months.” After the first few weeks, he says, most groups start to run into obstacles. “Somebody’s board of directors changes things, funding gets lost … So what I teach is, there’s always a very nice, linear, logical way of doing project management, but the reality is much messier.” As students encounter problems, “I work with them and say, ‘Okay, you’re stuck. How do you overcome the obstacles? How do you find different ways of doing it?’ And it becomes a really exciting part of the course.”

For example, Siegel remembers one group of students who decided to help families in need find furniture. After facing roadblocks with transportation and manpower, they decided to change their approach – and ended up launching a new volunteer department within Israel’s national housing authority.

By the end of the course, Siegel says, “It’s around a 70 to 80 percent success rate in making these projects happen. Which is really very exciting.”

As a former international student at HebrewU himself, Siegel says, he identifies with his RIS students as they adjust to life in Jerusalem. “Coming to Israel to me was sort of a natural evolution … However, when you come to a new country, you are an immigrant,” he says. “It requires you to go through the process of introduction and transition of identity … So it really is a sense of completing that circle.”

Siegel says the environment at RIS also creates opportunities for students to teach each other – and teach him. “The whole group interaction from different cultural perspectives – each time, each year, it’s a new challenge and it’s fascinating,” he says. “And I learn from them, and learn from what they bring in … It’s just a wonderful experience.”