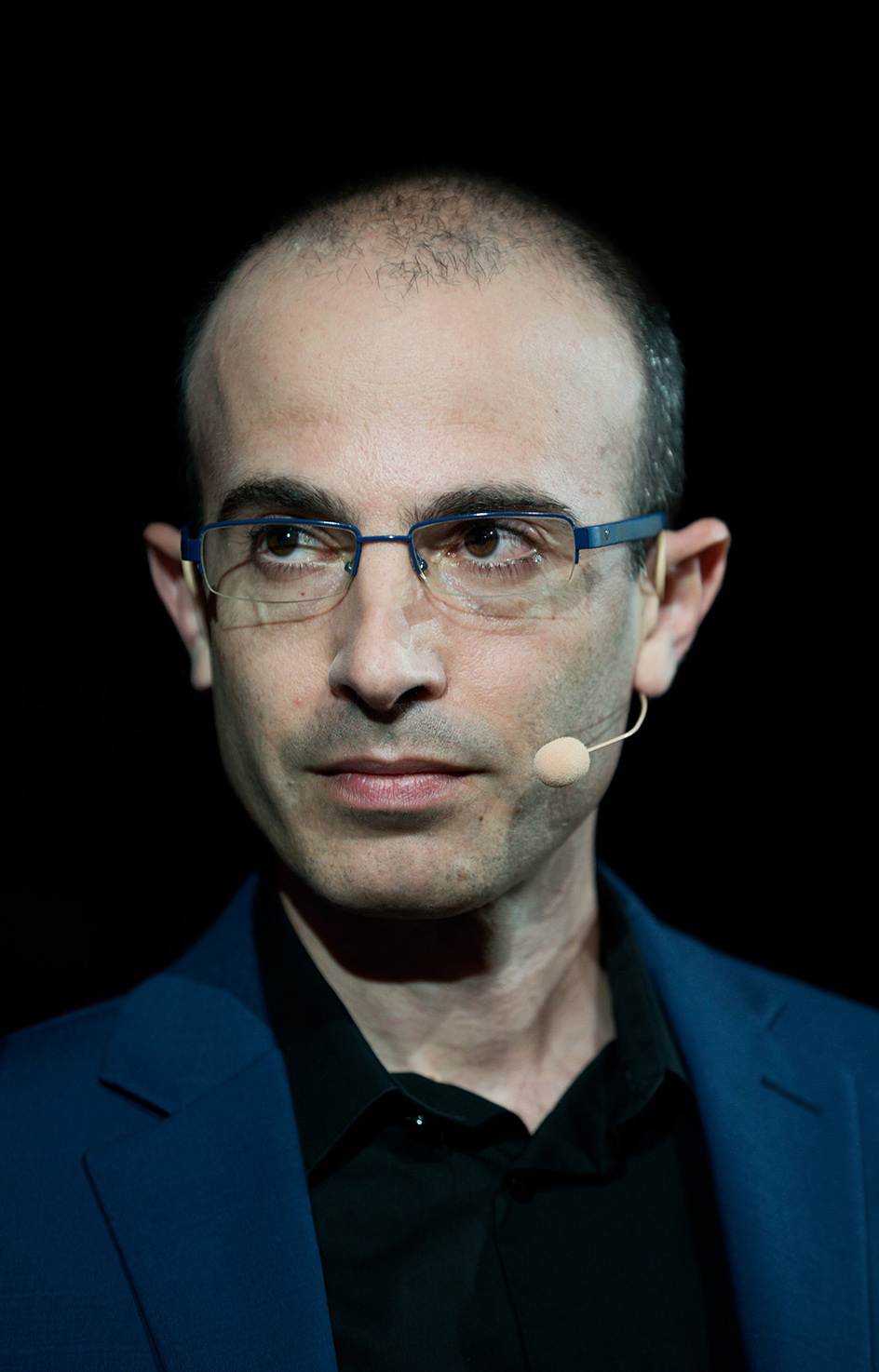 Born in Haifa, Israel, in 1976, Harari received his PhD from the University of Oxford in 2002, and is currently a lecturer at the Department of History, the Hebrew University of Jerusalem. His books have sold over 23 Million copies worldwide.

Prof. Harari originally specialized in world history, medieval history and military history. His current research focuses on macro-historical questions such as: What is the relationship between history and biology? What is the essential difference between Homo sapiens and other animals? Is there justice in history? Does history have a direction? Did people become happier as history unfolded? What ethical questions do science and technology raise in the 21 st century?

In 2018 and in 2020, Yuval Noah Harari gave keynote speeches on the future of humanity on the Congress Hall stage of the World Economic Forum annual meeting in Davos. Harari regularly discusses global issues with heads of state, and has had public conversations with Netherlands Prime Minister Mark Rutte and with Austrian Chancellor Sebastian Kurz. He also met with President Emmanuel Macron of France, Chancellor Angela Merkel of Germany, President Mauricio Macri of Argentina, President Frank-Walter Steinmeier of Germany, and Mayor Ying Yong of Shanghai. In 2018, Yuval presented the first ever TED talk delivered as a digital avatar, and in 2019, he sat down for a filmed discussion on technology and the future of society with Facebook CEO Mark Zuckerberg.

Published in 2014, Harari’s Sapiens: A Brief History of Humankind has become an international hit. By 2019, over 13 Million copies had been sold and the book was translated into over 50 languages. It was a New York Times top 10 bestseller, and held positions #1-#3 on the Sunday Times’ bestseller list for 96 consecutive weeks, with over 150 weeks in the top ten. Sapiens was recommended by Mark Zuckerberg, Barack Obama, Bill Gates, and many others. In 2016 Prof. Harari returned with Homo Deus: A Brief History of Tomorrow , a critically acclaimed book that examines the big future projects facing humanity in the 21st century. Since its publication, 7 Million copies of the book had been sold worldwide, and it was translated into over 50 languages.

After exploring deep into the past and then the future, Yuval Noah Harari published 21 Lessons for the 21 st Century in 2018. Here he stopped to take the pulse of our current global climate, focusing on the biggest questions of the present moment: What is really happening right now? What are today’s greatest challenges and choices? What should we pay attention to? Within less than 18 months, 3 Million copies of 21 Lessons had been sold worldwide and it was translated into over 40 languages in its first year of publication.

In 2019, 21 Lessons was honoured as ‘Knowledge Book of the Year’ by the German magazine Bild der Wissenschaft, and Sapiens won the ‘Academic Book of the Year’ prize as part of the UK’s Academic Book Trade Awards. In 2017 Homo Deus won Handelsblatt’s German Economic Book Award for ‘the most thoughtful and influential economic book of the year’, and in 2019 it was recognized as the ’Wise Book of the Year’ by Krakow’s Jagiellonian University. Yuval Noah Harari is a two-time winner of the Polonsky Prize for Creativity and Originality, which he was awarded in 2009 and 2012. In 2011 he won the Society for Military History’s Moncado Award for outstanding articles on military history.

Prof. Harari lectures around the world on the topics explored in his books and articles, and has written for publications such as The Guardian, Financial Times, The New York Times, The Times, The Economist and Nature magazine. He also offers his knowledge and time to various organizations and audiences on a voluntary basis.

In 2019, Yuval Noah Harari and Itzik Yahav co-founded Sapienship : an organization whose mission is to clarify the global conversation, focus attention on the most important challenges and support the quest for solutions.