“You are so lucky!”  This was always the response from my family and friends whenever I spoke with them about my time in Jerusalem. When they said this, initially I would want to answer with some explanation of how I have also had to study hard during this semester, but, in the end, I have to agree with them. We are all very fortunate to have spent this period living in Jerusalem and studying at the Hebrew University. We have just had an experience that many would dream of having but for various reasons will never get the chance. In preparing this talk, I asked my fellow classmates to share with me their highlights from this past semester. I would like to share some of these favorite experiences with you now. In Dr. Wazana’s class on Joshua, we spoke a lot about the triad of People-Land-God. I would like to relate the highlights of my classmates according to these three categories but with God replaced by teachers. Try not to read too much into it! 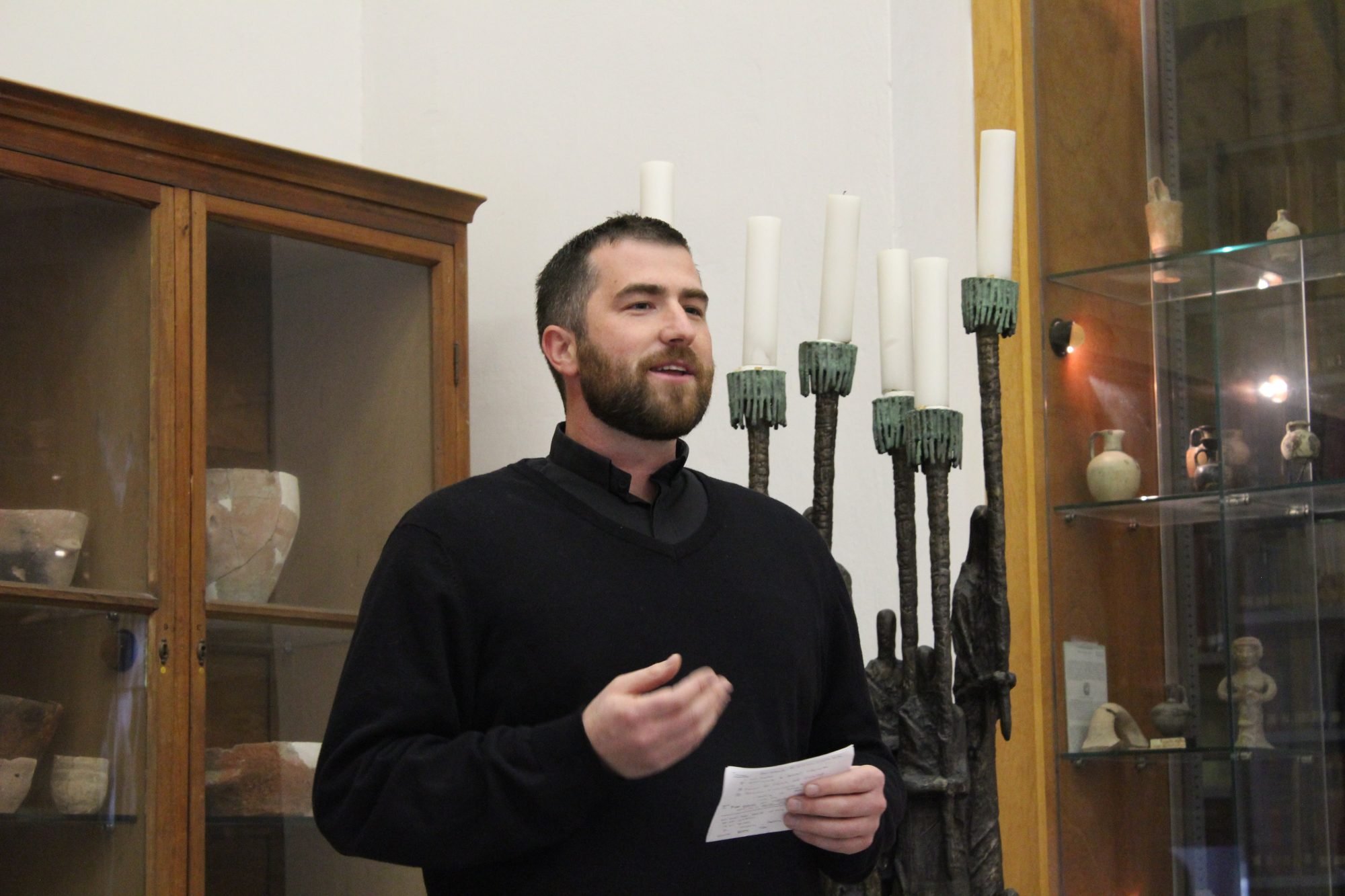 During our stay in Jerusalem we have had the opportunity to make connections with many interesting people from diverse backgrounds: Jews, Muslims, and Christians.  For those of us who participated in the Summer Ulpan, being in class with students directly out of high school helped remind us that we are not so young anymore!  As we spent time with our classmates, we began to learn something about their cultures, experiences and stories.  One strong experience for me happened at the closing party for our ulpan program to which students were invited to bring a dish of food that represented their background.  One young woman in my class proudly brought in some fresh flat bread that her mother had baked for us over a charcoal fire early that morning.  She even showed us pictures of how it was made.  I was touched by the effort her and her family made to help us experience something of their culture.  We also had fun and humorous times with our classmates.  Someone reminded me of the time in one of our classes in which the professor spent well over 40 minutes explaining a paper and its main points to us.  At the end, a student asked whether the professor agreed with the ideas in the paper. To this the professor responded, “I hope I agree with them! I wrote the paper!”  Many have remarked that we currently live in a world in which people are becoming more and more divided.  Because of this trend, I think that our program, in which we have been able to make many new connections with people from diverse backgrounds, is so very valuable and worthwhile.

Many of us have mentioned how wonderful it has been these past months to visit places we have wanted to visit for years: the old city of Jerusalem, Galilee, Bethlehem, the Dead Sea and so many others.  Jerusalem itself is an incredibly interesting city.  When I walked around the city, I often feel a kind of sensory overload that results from the blending of sights and sounds in a city that is sacred to different groups.  In one day, it is possible to hear the call to pray, a siren signalling the beginning of Shabbat and church bells intoning a Marian hymn.  While walking just a short distance through the old city it is not uncommon to see ultra-Orthodox Jews, Coptic monks, and Muslims on their way to Al Aqsa.  We were also impressed by the nature and landscape of the land in all its diversity.  The stark beauty around the Dead Sea.  The long beaches around Tel Aviv.  The green, peaceful area surrounding the Sea of Galilee.  The dramatic hills and mountains in the Golan.

While studying at the Hebrew University we have had the opportunity to be instructed by some truly talented teacher.  All had a great passion for their subject, impressive grasp of the material and the ability to transmit their knowledge to us.  Perhaps most impressive was the dedication our teacher showed to us their students.  One example that a classmate shared with me illustrates this well.  In class he was asked to read some of the works of Dr. Alexander Rofe.  Later in class he shared with his teacher how great it would be to meet Dr. Rofe in person.  Well, sure enough, his teacher not only invited Dr. Rofe come to the class, but he accepted the invitation!  During this semester, our teachers helped us not only to grow in knowledge but also to deepen our desire to study the Hebrew Bible.  For this we are very grateful.  On behalf of our group, I would like to thank all our teachers who instructed us this past semester.  In addition, I would like to express my gratitude to the rest of the staff at Hebrew University who helped organize this semester and guide us.  Without you we would all probably be still stuck at the airport! 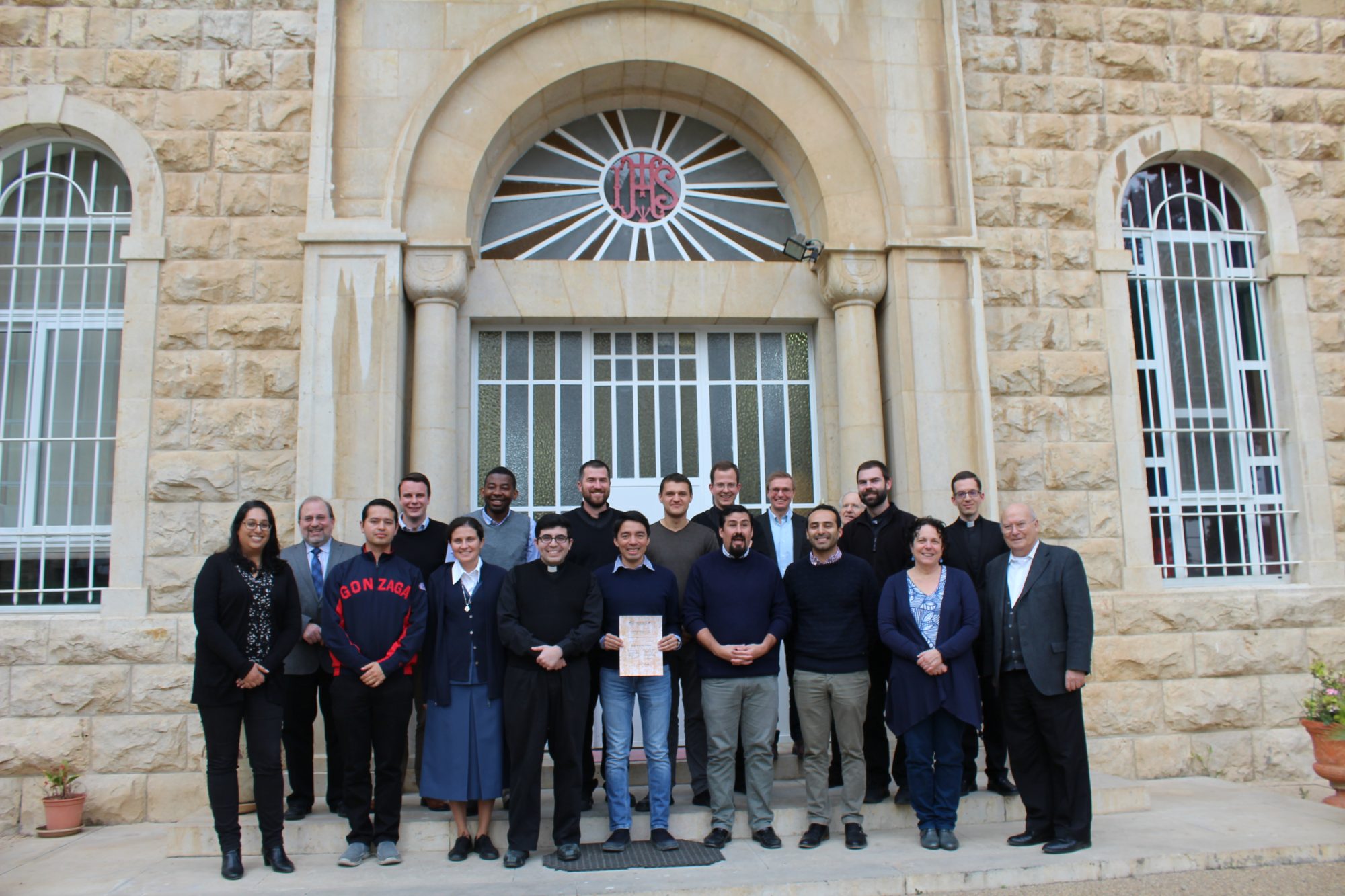 On our first day of class with Prof. Fassberg, he gave each of us Hebrew names. In addition to being a fun activity, I think this is quite symbolic.  Names, as we know, are not just words, but rather express a real connection to the person who has the name.  As we leave Jerusalem, we bring with us our Hebrew names.  We are now connected to Jerusalem in a particular way.  The city and its people will from now on hold a special place in our hearts.  I think I speak for all of us when I say we hope to come back soon!  Thank you!