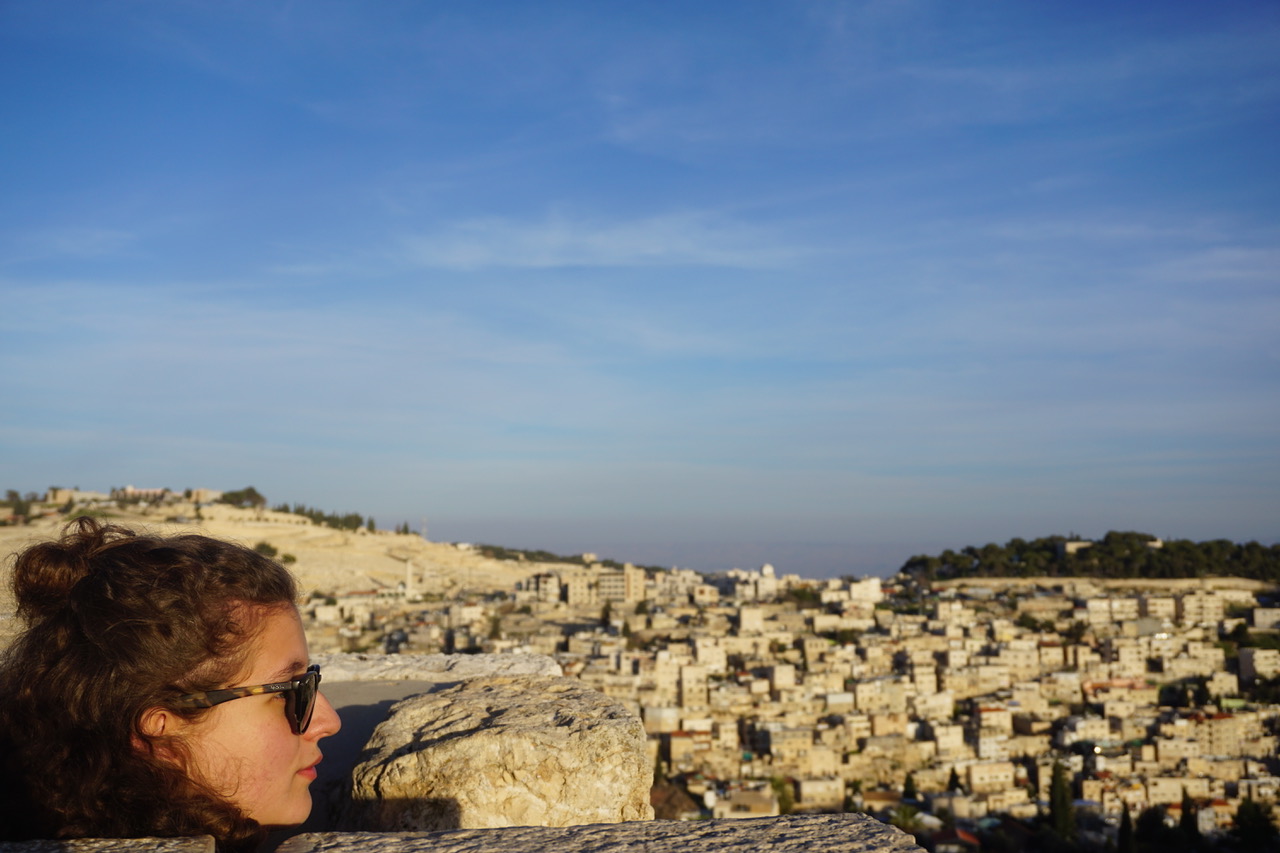 Before coming to Jerusalem, Juliette remembers writing in her cover letter to the Hebrew University: “I wish to see beyond the black and white picture.” Her aspirations were to understand the many narratives and languages of the region, the Israeli-Palestinian conflict, as well as to challenge her own convictions. “I was also very young and naïve – which was the perfect condition to come to Jerusalem in”.

Juliette says: “Looking back now, I can say that the year I had has shaped a great deal of how I continue to see my surroundings, as well as the path I wished to pursue in life. The time spent in the city of Jerusalem was one of discoveries, finding friends for life (with whom I hopefully will grow old with in a house by the beach), academic enlightenment and most of all, many confusions”.

As an undergraduate student at the French-German Campus of SciencesPo Paris in Nancy, Juliette had the opportunity to attend Hebrew University’s Rothberg International School in the academic year of 2017/2018. “It started off with Ulpan, and I was learning Hebrew every day while living in the dorms. It was quite an intense experience and not always easy. But I made great friends in this time and was very eager to discover the city, as well as start understanding its structure and geography. That was also when I learned that cardamom coffee and frozen dates always add up to a good conversation and that no matter where, Jerusalem always manages to be hilly”.

During the academic year, Juliette enjoyed a great range of classes, from Philosophy over to Jewish History to Israeli and Palestinian Narratives of History, Hebrew, Arabic dialect and Literature. She mentions the friendly, caring and informal approach of the professors. She also says she felt that great care was given to the backgrounds and identities of the students at Rothberg in general: “Here too, we had the luck to be accompanied by the Madrichim during the year, who organized interesting events and wonderful hikes, so that our knowledge of the country was broadened. they took great care of us from the first day on”.

“Having grown up in Germany, I knew that this was also a year to reflect history, engage in remembrance work and study the history of the Shoah, as well as asking myself about what the responsibility to remember really means. The importance of self-reflection, remembrance of the Shoah and intercultural dialogue continue to be very important to me after returning to France and Germany. Jerusalem and my Rothberg experience have contributed an immense deal to this.”. 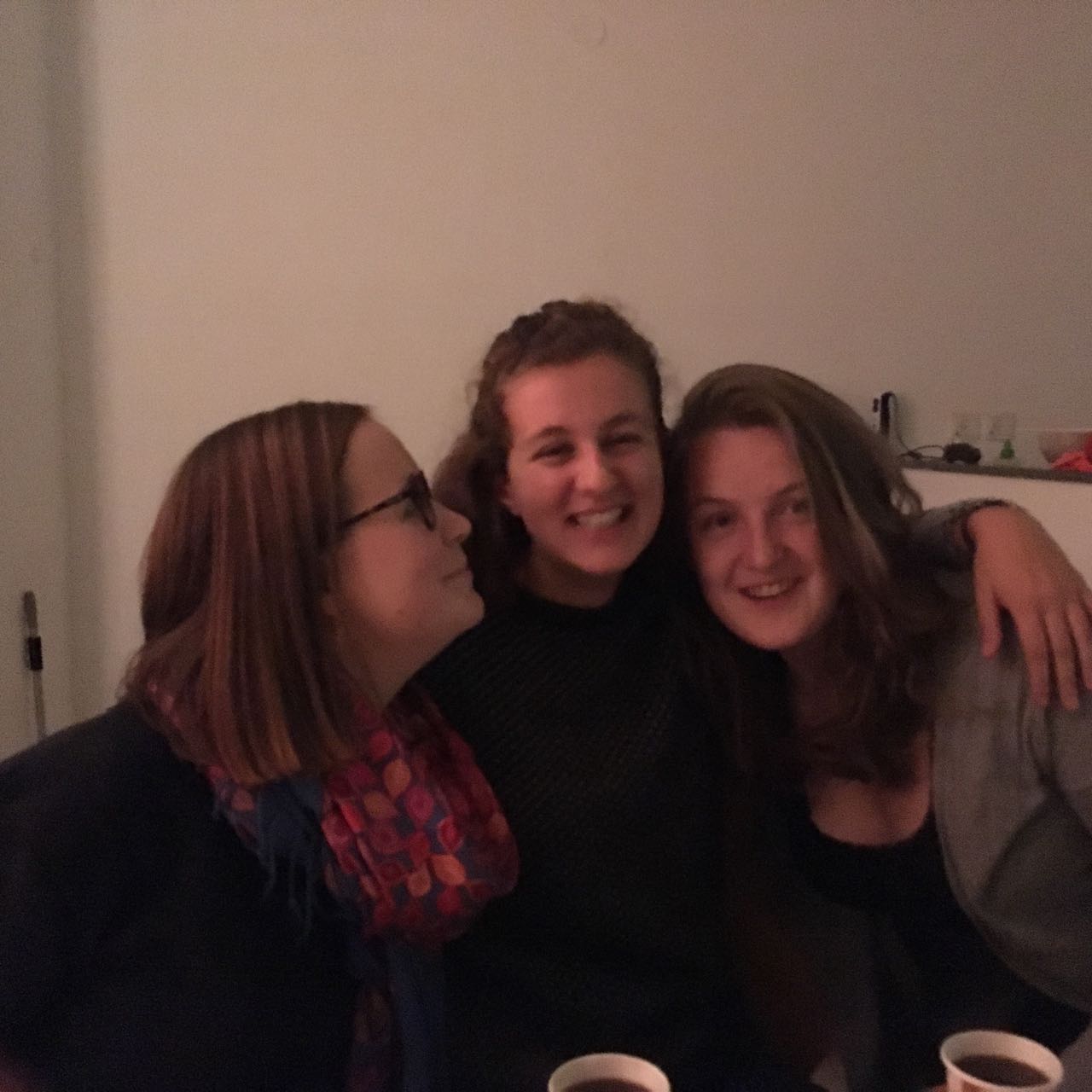 “Further, having had a year in Jerusalem, I had the opportunity of seeing and hearing the different narratives surrounding the city, and the conflict over this piece of land. As a foreigner, this view is sometimes a privilege, as it is a difficulty. During the moving of the US-American embassy to Jerusalem in 2018, the city suddenly transformed and as protests erupted, Rothberg somehow was a safe space for discussion, critical thinking, tolerance and understanding each other’s narratives”.

Back at home Juliette started studying International Security as her master’s at SciencesPo Paris and further worked on a project encouraging new ways of Shoah education in French and European schools. In the framework of her master’s program, she is currently an intern at the Friedrich-Ebert-Foundation in Israel, working in German-Israeli relations. “In the future, I would like to be a journalist, continuing to challenge my perceptions, to be confused and, most importantly, to see beyond the black and white picture”.

We are so inspired by you Juliette!