Prof. David Mendelsson is a senior lecturer at Hebrew University’s Rothberg International School (RIS), teaching History of the Modern State of Israel and The Arab-Israeli Conflict: From Its Origins to the Present. He is also the director of the Year in Israel program at Hebrew Union College in Jerusalem. Prof. Mendelsson holds doctoral and master’s degrees from the Department of Contemporary Jewry at Hebrew University, and a bachelor’s degree in politics and modern history from Manchester University.

From England to Israel

Though he grew up in the UK, Prof. Mendelsson’s interest in Israeli politics and history began early in life. He joined the youth movement at age nine, and traveled to Israel for the first time at age 16. A few years later, as a student in the Institute from Youth Leaders from Abroad, he was introduced to some of the educators who would become his mentors at Hebrew University.

After completing his undergraduate degree, Mendelsson returned to HebrewU – drawing in part on his own experience as his continued his studies. “I wrote my master’s thesis on the history of pioneering youth movements, and then, a few years later, I decided this wasn’t enough,” he says. He continued on to a doctorate, writing his dissertation on the history of Anglo-Jewish education from 1944 to 1988. “It was using the prism of education to understand the Jewish community … Of course, I’d lived through part of that story,” he says. “I went to Sunday school, and I went to day schools, but I was very conscious of the debate that was going on about expanding the number of Jewish day schools, and the story behind them.”

Today, most of Mendelsson’s teaching is focused on the history of Israel and contemporary Israel. One particular area of interest is Mount Herzl – Israel’s national cemetery, which is named for Theodor Herzl, the founder of modern political Zionism. Mendelsson takes all his classes on tours of the site.

The trips, he says, are “not a pilgrimage visit, which people typically do when they go to the grave of Herzl. It’s much more an opportunity to say, ‘Oh, this is how Israel self-identifies using sacred space and sacred time.’” Mendelsson guides students down the mountain, stopping at the burial sites of key Zionist and Israeli leaders, including Herzl and prime ministers Yitzhak Rabin and Shimon Peres. Then, they visit the military cemetery.

“Typically, when you go to military cemeteries, it’s all very uniform … But here, what’s happened over the years is a breakdown of uniformity,” he explains. “People bring in pictures, souvenirs … You realize that Israeli society is going through some type of change, from a very high degree of collectivism to an increasing degree of personal statements of individualism.”

Even students who have visited before, Mendelsson says, often see the place in a new light. “They’ve talked about the individuals … But they’ve never really done what anthropologists might call the deconstruction of the site.”

“The site becomes the text … And that’s always wonderful, you know? Rather than being in a classroom, you’re outside and you’re appreciating Israel,” he says. “And I think the students, they love it.”

Whether in or out of the classroom, Mendelsson says, the most rewarding part of teaching is sharing ideas with his students.

“I really get a kick out of students being reflective about where they come from and what they see in Israel,” he says. “Very often they come to class and it’s clear they don’t quite understand how this place works. I feel as though I can give them tools to understand better, and it’s very exciting to see that.”

Mendelsson says his students teach him as well. “One of the major things I learn is where they come from – not just in the geographic sense of the term, but in how they understand the world. What are the issues that concern them? They keep me abreast of some of the developments and experiences that young people have today.”

The exchange of ideas, Mendelsson says, is made richer by the diversity of the RIS student body. “I have students from all sorts of wonderful places around the world – America, Canada, Korea, Europe … It brings together people from all across a national divide, a geographic divide, a religious divide.”

“I think it enriches the classroom … students are not only learning from the teacher, they’re learning from each other. That has to be one of the great things about the program.”

Mendelsson says the RIS administration, too, is supportive of faculty and students alike: “They really care about our students … Some of them, this is perhaps their first time away from home, or for that matter in our part of the world. So to have a sense of caring and compassion, empathy, and support – that’s terrific.”

Learn more about studying at RIS

Well, that was a lot harder than I anticipated. And by that, I mean my initial transition to living in Israel.

To be completely honest, I underestimated the impact cultural differences and the language barrier would have on me. When I visited Israel in May with Xavier University, our tour provided us a highly structured environment. I was surrounded by Americans, my friends and colleagues. We spoke English, and our tour guide spoke English. Every detail of our journey was pre-planned. I didn’t have to think – I just woke up, did what I was told to do, and went where I was told to go. When I moved in October, I was on my own. Alone. With five huge pieces of luggage. My whole life was in my possession. I was the only one responsible for it. And by it, I mean my life (and all its various components – my work, my finances, my physical and emotional wellbeing, etc.).

I have absolutely no idea why I didn’t think about this before I moved! I assumed my move to Israel would go as smoothly as my previous travels to Israel. But I was mistaken. Nonetheless, despite my challenges (or precisely because of my challenges), I have some amazing (and funny) stories to tell about my trials and triumphs, about what it means to be humbled, about having to ask strangers for help, and about the universal power of friendship in the face of stress and frustration.

Importantly, members of the RIS staff and faculty have been (and continue to be) key resources for me during my transition. In fact, I would not have been able to navigate my first couple of months in Israel without their guidance. I’m pretty sure Amy Seroussi, the Graduate Admissions Coordinator at RIS, and I have become best friends as a result of this process. Always patient with me and willing to respond to my multi-part, novel-like emails, Amy is an unrelenting advocate and source of information (and encouragement) for me. Amy, if you’re reading this: thank you!

The first time I stepped onto campus, I immediately knew I was no longer alone. I saw the community, I felt the community, I was part of the community. Instantly, I became a member of a cohort of students from around the world who were embarking on similar adventures. Despite our differences in culture, language, religion, life experiences, etc., RIS, its administration, academic programs, and social opportunities serve as uniting forces for diverse groups of students. 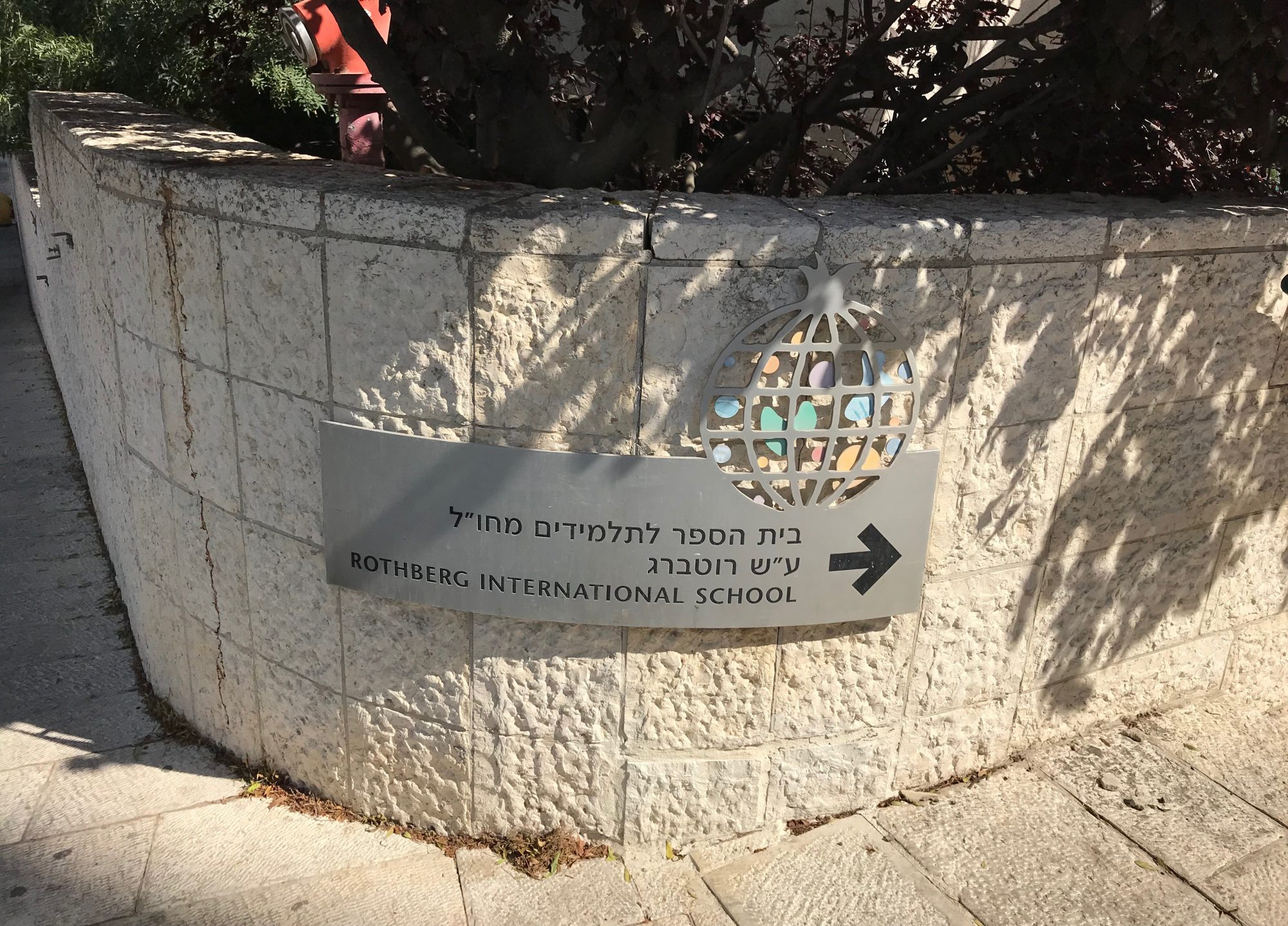 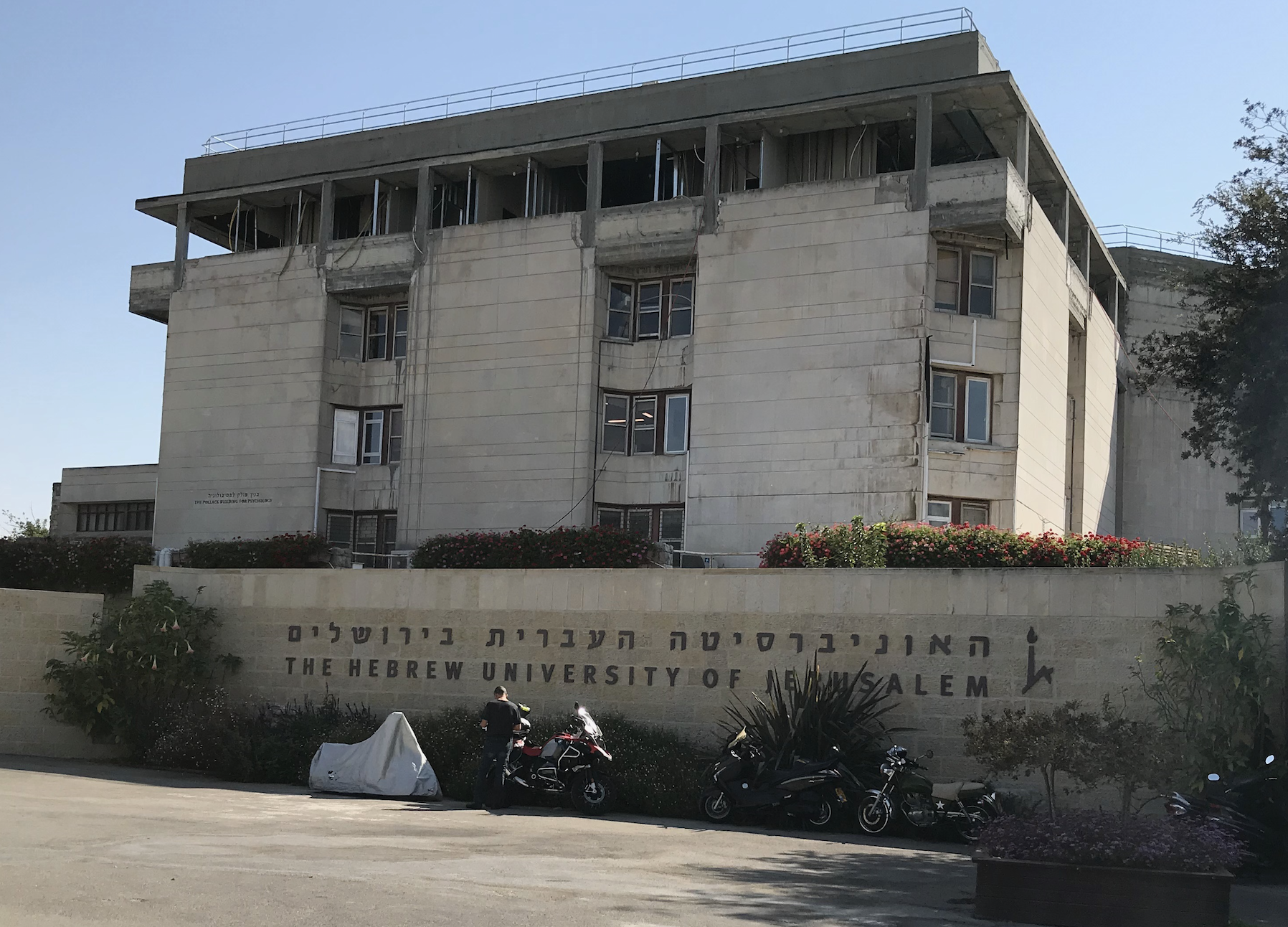 In my next post, I will relay some of the entertaining stories from my first couple of months in Israel that I mentioned earlier in this post. So please be sure to keep reading the RIS Blog!